I’m slowly reading Ray Kurzweil’s live forever guide Transcend and trying to take action to address any points where I’m outside of his optimal ranges. My key ones are cholesterol and fat percentage which are no doubt related.

None of my friends would regard me as fat or even slightly overweight (they put me in the “lucky you can eat whatever you want” category) – but my body fat percentage is nearly 20%. Ray recommends 10-17% for men and 18-26% for women with the optimal figure at lower end of these ranges. I’m going to aim for middle of my range – 14% - better to set something achievable and then improve on it rather than fail and get disheartened.

My initial thinking was to go on a lower fat diet as this should help with cholesterol levels too. If I take in less fat then my fat percentage would slowly reduce. It seemed logical. But it took me a little while to ask the basic question – if I reduce my fat percentage, what does that fat convert into? And the only real answer to that is energy – energy that needs to be burned with extra exercise.

Read my update 5 months after starting

Read my update 3 years after starting

How does the body process fat?

How Stuff Works has a nice introduction to how the body creates, stores and uses fat:
http://science.howstuffworks.com/life/cellular-microscopic/fat-cell.htm

Just having a lower fat diet isn’t going to dilute my existing fat – it has to get turned into something else and apart from bones which don’t grow very fast, or clogging up my arteries, that fat will only get used up when the body demands more energy to operate its muscles. I could just burn up the fat but as I’d prefer not to be skinny I’m going to try to maintain my current weight so need to grow those muscles too.

Having said that, it takes about 25% of the energy in glucose to convert it into fat – that’s 10x more energy than storing ingested fat so it's definitely better to be on a lower fat diet rather than just counting calories.

How long will it take?

Here's a chart showing my progress to date. I started my low fat diet just before Christmas – not great timing as can be seen in peak fat percentage in the middle of the festive holiday week. 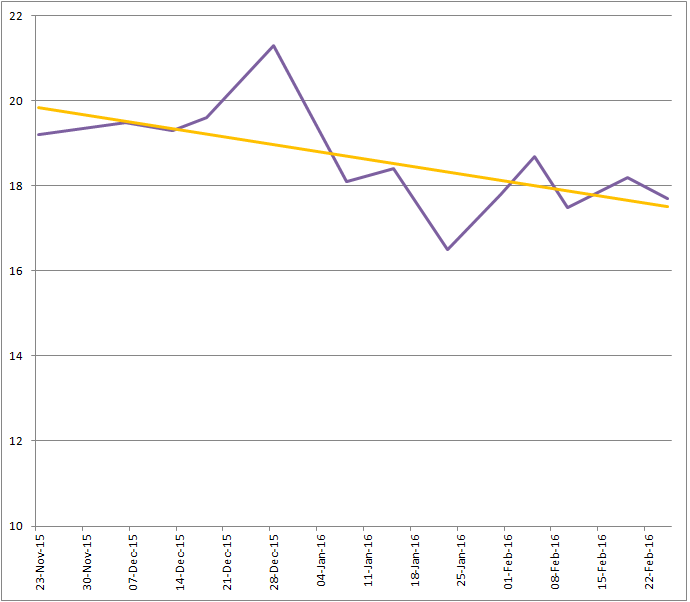 However the good news is that using an Excel trendline I can see I’ve been making steady progress over the last 3 months – that’s on a lower fat diet and 30 minutes of walking a day when I’m not running or at the gym. At that rate I should hit my target percentage in approximately 8 months (total) – not quick but for a body & life changing effect (and only limited self control!) that sounds reasonable.

After my recent revelation that fat can’t just convert into thin air, I’m going to step up my exercise too, so will report back in a couple of months time to see if the rate of fat loss has improved at all.

Even better news is that I’m doing it without a low fat diet. A big thank you to Gabby McLean at Green Cross Health for pointing out plenty of research which shows that low fat diets can be bad for you – it really is the calories that count:
https://authoritynutrition.com/7-ways-the-low-fat-diet-destroys-your-health/

Here’s my latest trend line – looking like I should be done by July this year –and with no slow down since I stopped the low fat strategy. 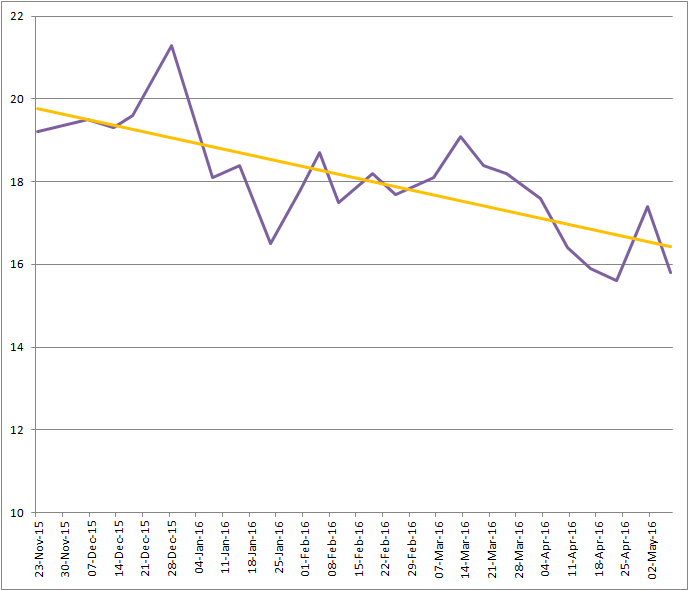 Wow! That took a lot longer than expected. After a good start my fat percentage continued its downward trend for about a year and once dropping just below my 14% target. But the success was short lived, and not because I celebrated too early or changed my diet, I really don't know why it went back up to around 16% and stayed there for almost 2 years.

Nor do I know why it suddenly dropped again and held around the 13% since then - again, with no planned or obvious changes to my diet or lifestyle. It seems like things stabilise for a while, and then the body decides to attack a new fat deposit, rapidly clearing that, before stabilising again, rather than a slow and steady decrease. But to be clear, I have no idea if that is what is really happening, there could easily be other contributing factors that I just haven't been monitoring. 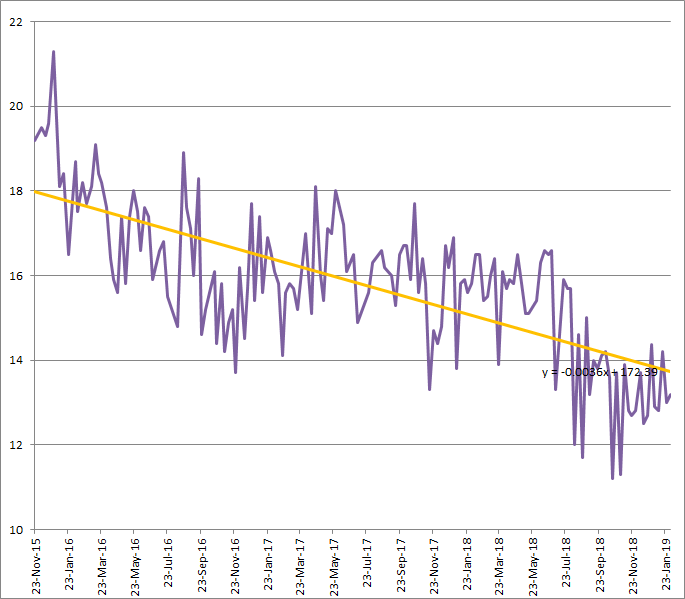 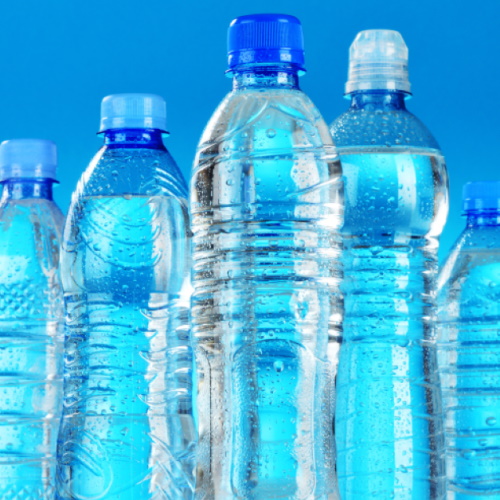 Poor hydration is one thing, but it's not necessary to clutch a bottle of water everywhere you go 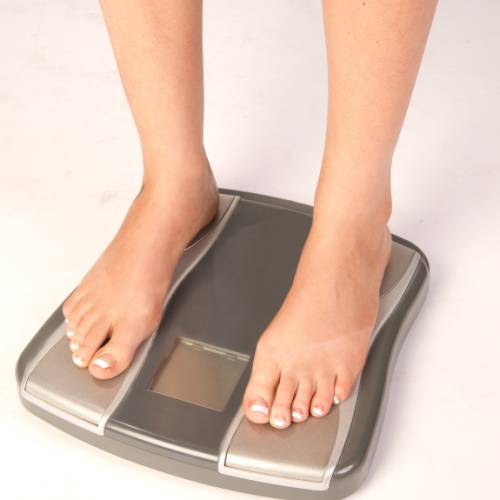 Eat or recharge? Soylent doesn’t go far enough for me

Could an artificial stomach provide all of our energy and nutritional needs in the future?

Too much of a good thing? More than a glass of milk increases chance of death