Recently a study supported by Russian Science Foundation explored decoupling cell reprogramming (with the aim of longevity) and the somatic identity loss that is observed in tandem with this method.

Ageing occurs due to accumulation of molecular damage over a long time which results in an eventual death. Among the many endeavours to reverse this process, a promising one has been to try and induce pluripotency in cells by cellular reprogramming. Pluripotency is the ability of cells to self-renew by dividing and developing into the three primary groups of cells that make up a human body (ectoderm, endoderm, mesoderm). This is a suitable anti-ageing candidate as it has shown the potential to rejuvenate old somatic cells to increase longevity in a targeted way.

Early embryonic cells have a natural, inherent pluripotency. However, subsequent to multiple duplications the cells change into a somatic state where they conform to a particular cell type, while losing their pluripotent ability. With increasing knowledge of the genetic transcriptome, targeted interventions to reprogram somatic cells into induced pluripotent stem cells (iPSC) have used the expression of four transcription factors:

These four transcription factors are known together as OSKM or Yamanaka factors. Using different cell cultures, these factors were found to initiate reprogramming of somatic cells in vitro.

However, a complication was observed with in vivo reprogramming of transgenic mice somatic cells. A high incidence of severe forms of teratoma occurred in these mice when OSKM factors were expressed continuously. To evade this issue, partial reprogramming attempts were made.

On exploring the cause of this cancer incidence, the loss of somatic cell identity in reprogrammed pluripotent cells was identified to be responsible for the mutation of healthy cells. Also, a reduction in the epigenetic age of reprogrammed somatic cells was found to occur just before the cells transformed to pluripotency. However, using Yamanaka factors for even a short period was observed to cause detectable levels of pluripotent cells in reprogramming efforts which increased the risk of cancer occurrence.

In simpler terms, cells became younger when subjected to the factors. However, these same factors had a side effect of causing carcinogenic character development in the changed cells. So a need was felt for using the factors in a way where the cells got the benefits but were not transformed.

Hence, it was essential to develop models that could offer specific mechanisms for reprogramming induced rejuvenation(RIR), without developing pluripotency, to have high clinical value in longevity therapies. The study, led by Alexander Tyshkovskiy at Moscow State University and Harvard, attempted to solve this issue.

For this, mice and human cells were subjected to multiple factor reprogramming. The data collected from this was used for meta-analysis of gene expression. The resulting transcriptome signatures associated with cell reprogram were integrated with gene signatures for ageing and longevity intervention. This helped in identifying genes specifically involved in the rejuvenation and lifespan extending effects of cellular reprogramming without somatic identity loss. This includes genes regulating DNA repair and inflammation control.

The study also extracted tissues from multiple sources in humans and mice to develop ageing clocks of cells with reference to transcriptome. Examination of these clocks established a significant decrease in the transcriptomic ages of cells, of both mice and humans, when subjected to OSKM ,OSK and other targeted reprogramming interventions.

A startling revelation from this investigation was the observation that most of the genes which were regulating the process of lifespan extension and rejuvenation were not related to the increased occurrence of cancer rising from a gain of pluripotency and loss of somatic identity. This is strong evidence that these two processes, which seemingly work in tandem, are not as strongly associated as initially suspected.

The possibility of separating them makes RIR a strong prospect with scope of exploration for anti-ageing therapeutics. It allows us to explore reprogramming gene expression signatures for rejuvenation. It can become an important tool to identify chemical and genetic interventions for anti-ageing processes.

The preprint server for biology. 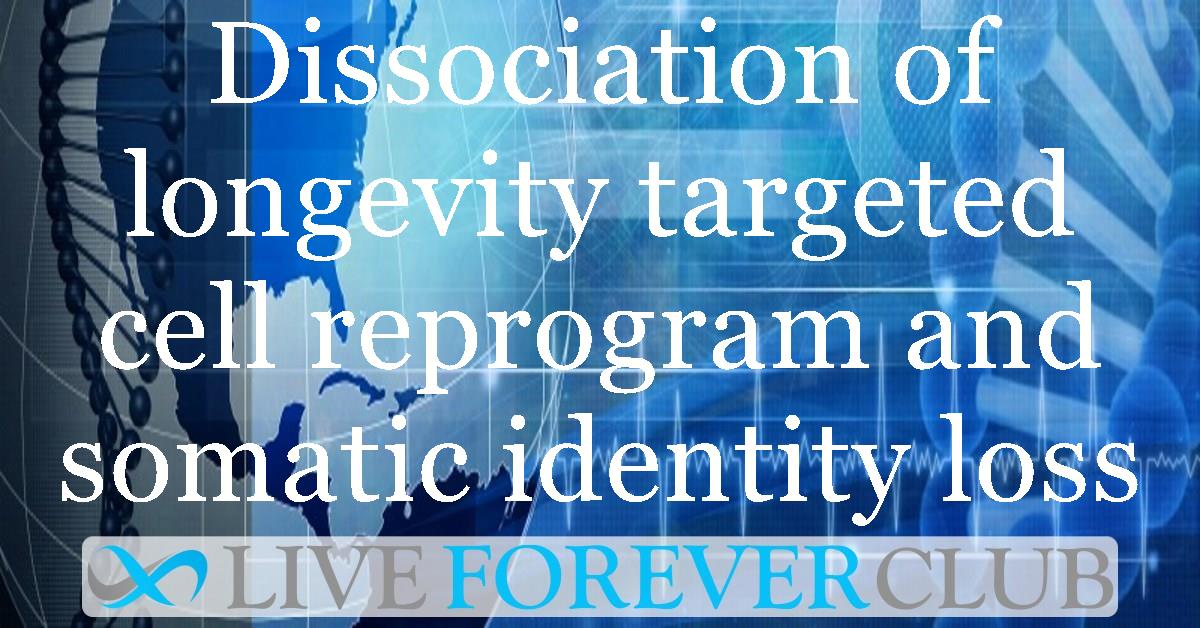