Nexus 5 is a newly developed, underground, nano-drug that allows humans to program their own thoughts and actions as well as communicate (effectively) telepathically with other users. Based on feasible, if stretching to the limit, concepts already been thought about today, the narcotic uses nanotubes in the brain that communicate with each other at radio frequencies. Importantly, it is able to perform basic operations allowing the engineers to turn it into a programmable device. Beyond the technology, Nexus, the book, examines the societal consequences of such a drug being developed in the near future.

The developers behind the new enhanced drug are portrayed as idealists who see, mainly, the positives of such technically enhanced communication between humans, with shared knowledge, desires and harmony. However, previous versions of Nexus had already shown how it can be abused to mentally and physically abuse it’s users. This overlaps with other existential risks such as neo-Nazi transhumans attempting to annihilate the human race by releasing a modified virus that only they had been bio-engineered to be resistant to.

The book’s main characters fight an internal battle through-out the book as to whether Nexus 5 should be released to everyone when some people will use it for bad. But who is bad? The more people that have it, the bigger the benefit but the greater the abuse.  However, history has shown that when the elites have a monopoly on key capability then the masses are the ones to suffer, or at lease use it to persecute groups of people for their own benefit. Flipping the argument again, would giving such advanced powers to everyone be like giving guns to children?

And in practice, no rules are black and white. Although governments may define what it means to be legally human and may authorise the hunting down (should we call it “retirement”?) of transhumans – they themselves may need to use the same technology they fear to fight those that are developing it. Ramez Naam demonstrates this with members of the Emerging Risks Directorate having government approved enhancements such as stronger muscle fibres, faster nerve signal, and bone cells that produce their own carbon fibre.

Nexus also takes a tangential look at how other biohacking technologies could develop into back street market industries. As well as child gene selection & enhancement, consumers can buy bio-cosmetics using skin colour transformation viruses and hack their gene to change their physical features. Most of these are not safe, for example, easily engineered massive arm muscles shorten recipients’ lives as their hearts cannot support the extra load.

Moral and technology debate aside, the book is a gripping read – with the most intense fight scene I’ve ever read using overlapping accounts from half a dozen participants entangled in the mayhem - I really did struggle to put it down.

Buy Nexus on Amazon (it's worth a read!)* 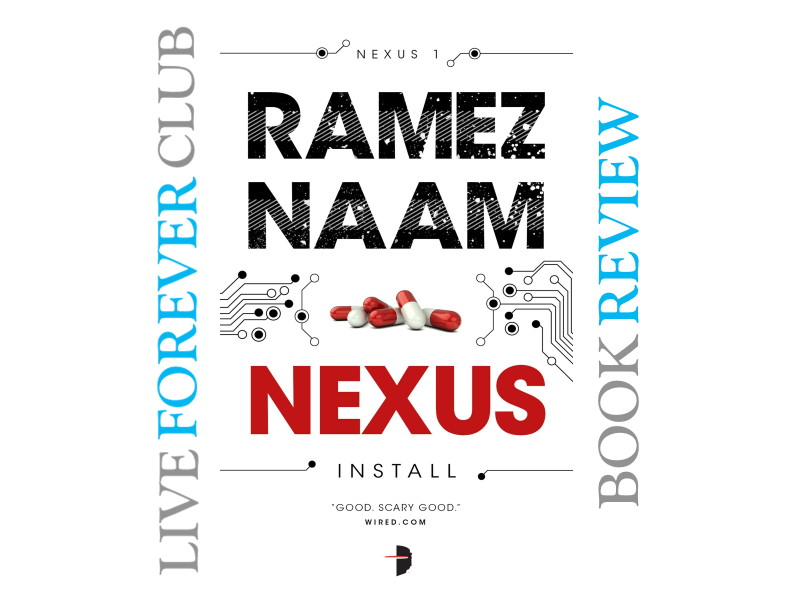