Study probed the effects of heterochronic parabiosis (HP) in mice at the single-cell level, generating a systemic atlas of HP and aging.

Revealed cellular and molecular changes in the aged and young parabionts and key mediators of the systemic effect and their cellular targets.

Aged hematopoietic stem and progenitor cells (HSPCs) are among the cells most sensitive to young blood.

Exposure regains the potential for lymphoid differentiation and restoring the population of lymphoid cells (such as pro-B cells) in aged bone marrow.

Rejuvenation effects were due to activation of aged HSPCs rather than relocation of young HSPCs.

Identified aging regulators including epigenetic regulatory factors such as YY1 and chemokines such as CCL3.

Research by the Institute of Zoology and the Beijing Institute of Genomics of the Chinese Academy of Sciences published in Cell Stem Cell. 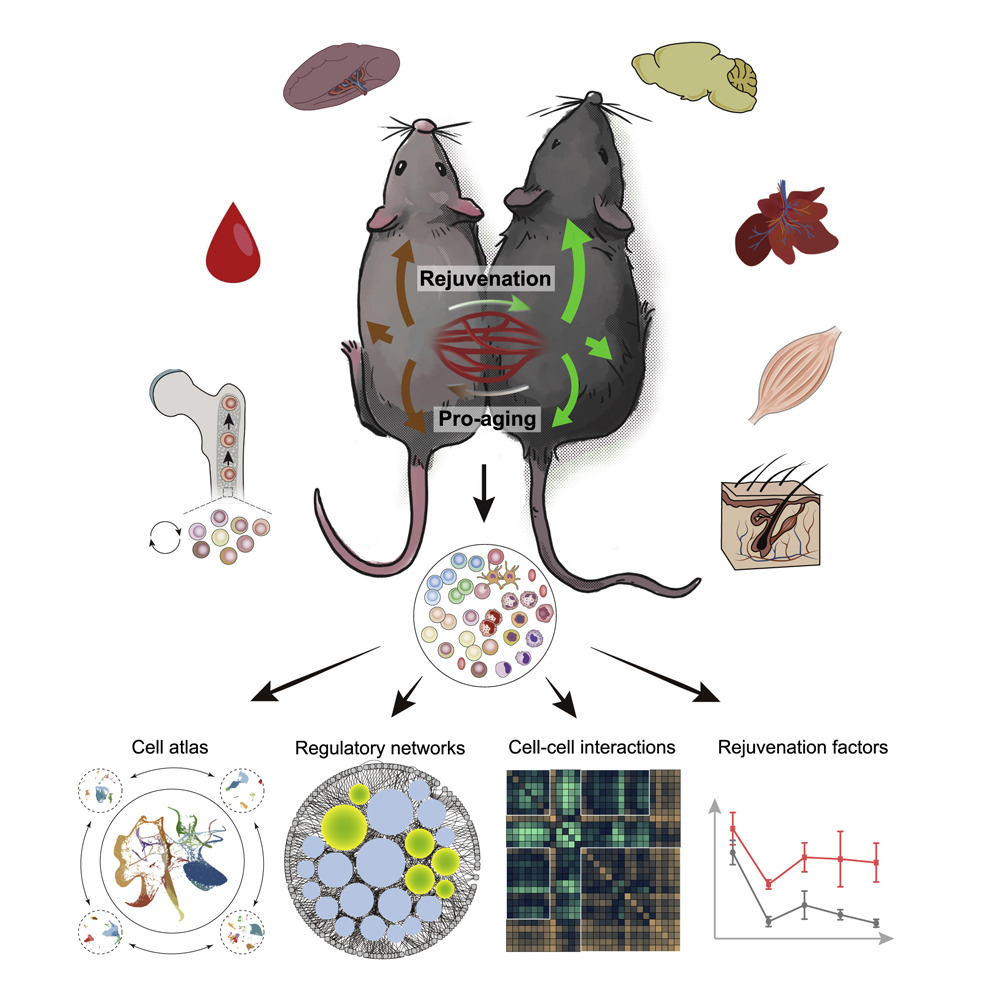 Systematic biology study on how young blood promote the rejuvenation of multiple tissues and organs. (Image by MA et al.)

Could eventually lead to treatments that reinvigorate immune cell production