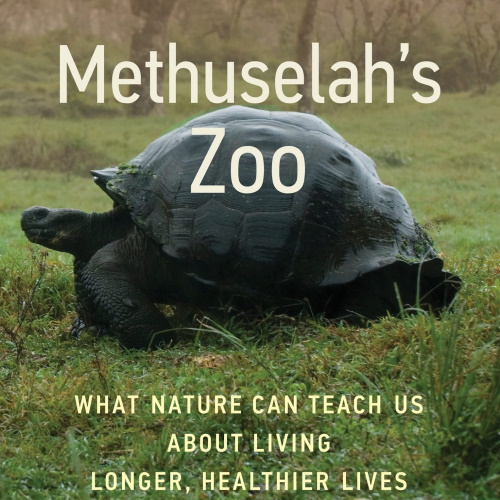 What Nature Can Teach Us about Living Longer, Healthier Lives, a book written by Steven N. Austad

Stories of long-lived animal species—from thousand-year-old tubeworms to 400-year-old sharks—and what they might teach us about human health and longevity.

Opossums in the wild don’t make it to the age of three; our pet cats can live for a decade and a half; cicadas live for seventeen years (spending most of them underground). Whales, however, can live for two centuries and tubeworms for several millennia. Meanwhile, human life expectancy tops out around the mid-eighties, with some outliers living past 100 or even 110. Is there anything humans can learn from the exceptional longevity of some animals in the wild? In Methusaleh’s Zoo, Steven Austad tells the stories of some extraordinary animals, considering why, for example, animal species that fly live longer than earthbound species and why animals found in the ocean live longest of all.

Austad—the leading authority on longevity in animals—argues that the best way we will learn from these long-lived animals is by studying them in the wild. Accordingly, he proceeds habitat by habitat, examining animals that spend most of their lives in the air, comparing insects, birds, and bats; animals that live on, and under, the ground—from mole rats to elephants; and animals that live in the sea, including quahogs, carp, and dolphins.

Humans have dramatically increased their lifespan with only a limited increase in healthspan; we’re more and more prone to diseases as we grow older. By contrast, these species have successfully avoided both environmental hazards and the depredations of aging. Can we be more like them?

Steven Austad - Professor at the University of Alabama at Birmingham.