Tt's been difficult to make microscopic robot move by themselves partly because of a lack of micrometre-scale actuators.

UoP has developed a new type of actuator made of an extremely thin layer of platinum.

Each robot uses four of them, connected to solar cells on its back.

The robots are smaller than a tenth of a millimetre and is only visible under a microscope.

Enable the legs to bend in response to laser light and propel their square metallic bodies forwards.

Movement directed by hitting the solar cells in sequence with a laser.

Team mass-produced more than a million of the microrobots using a process similar to creating circuit boards.

The next step will be to incorporate additional functions, e.g. sensing capabilities, programmability.

They are small enough to be injected through a hypodermic needle and are made from biocompatible materials.

Could potentially be developed to roam inside the human body.

Research by University of Pennsylvania published in Nature.

You could fit 50,000 of these in a drop of blood - nanomedicine is getting closer

Assistant Professor of Electrical and Systems Engineering at Penn University. 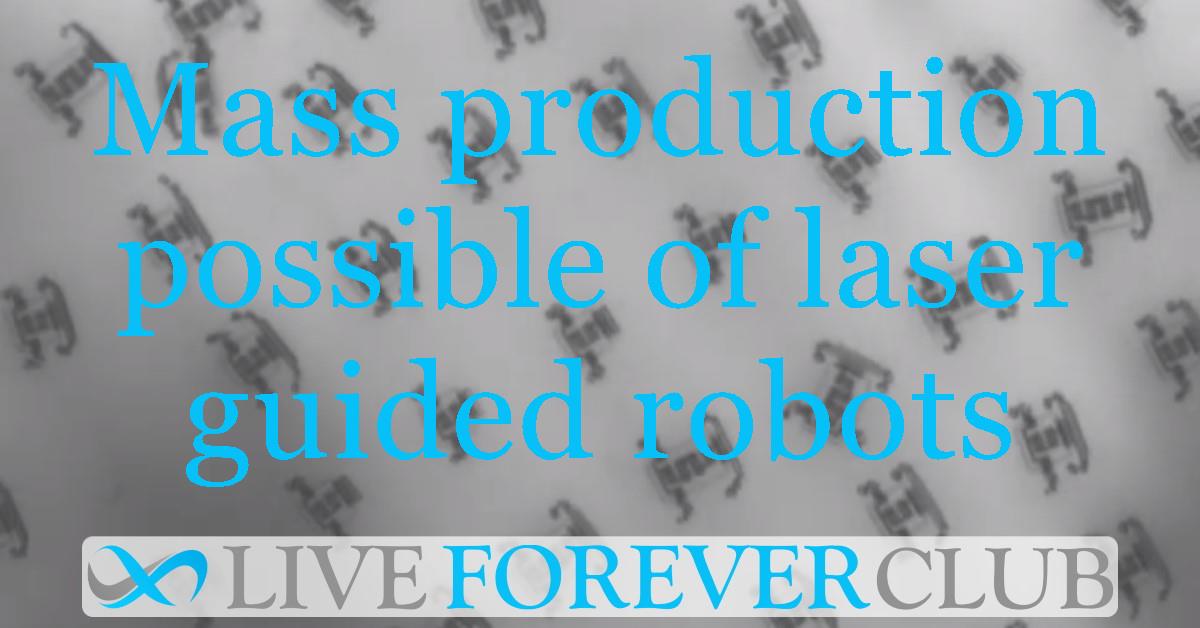